Improvements of the pneumatic actuator series 2016

The basic idea of the improvements was already worked out by Honeywell. Due to the transfer of the actuators to Flowserve the project was on hold in the meanwhile. After company Hock took over the responsibility of the actuator series 2000, we restarted the activities and worked out the modifications (e.g. modified diaphragm holder and spring fixture / assembly). Besides the original concept of Honeywell, we integrated several own ideas which we collected by our experience in the field of service for years. Now, with this release, the well known reliability of our actuators is increased again.

Certainly the interchangeability with the forerunner type 2016 is assured. The costs and with this the price for our customers could hold stable, despite of the benefits for the customers.

The pneumatic actuators of the series 2000 are well capable of operation within extreme ambient temperature and can withstand severe shock loadings. Universal in application, the standard actuator can be used with a multiplicity of control valves. In addition the actuator can be combined with a wide selection of positioners and accessories.

Series 2116 is available with tandem type

The series 2116 is used for applications with a stroke of 30 to120 mm with direct or reverse acting. High force specifications can be equipped with our tandem type 2116T. Besides this, actuators with hand wheel are available. We also offer a springless version for push-pull applications.

With the release of the series 2116 the gap in the 21XX series is closed and our portfolio of pneumatic diaphragm actuators is rounded off. 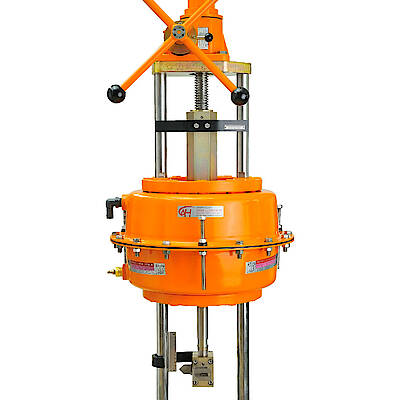