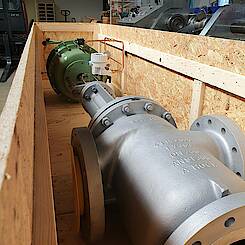 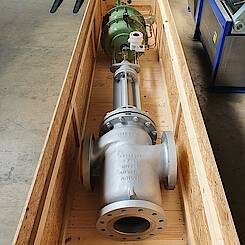 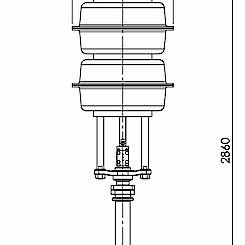 A. Hock replaced a Honeywell bellows valve with a new valve for the customer in 2021 was able to not only increase the safety of the plant, but also significantly improve its performance.

services: 1:1 replacement for a Honeywell bellows valve from 1999

As part of Hellenic Petroleum's "Refinery Unit 100" modernization project, the crude oil preheating train was to be removed and a new 3-way control valve was to be used. The medium: heavy atmospheric gas, also known as light diesel, distillate, AGO, LAGO or HAGO. It is primarily used as an admixture in the production of diesel or fuel oil.

Atmospheric gas consists mainly of molecules with 14 to 20 carbon atoms and has a boiling range between 215 to 343 degrees Celsius. Central to this project was the handling of the critical medium. Under no circumstances should this gas be released into the environment.

The advantages: This is why bellow seals for control valves are the ideal in extreme environments

Bellows-sealed valves are the first choice in industrial handling of critical media such as aggressive, toxic or flammable substances. These valves have high pressure and temperature resistance, are extremely reliable and allow leak-free operation.

The use of bellows with special seals is essential to prevent environmental damage - especially in extreme refinery environments - and to increase plant safety.

The challenge: replacement of a bellows valve from 1999

The customer approached A. Hock to supply a 1:1 replacement of the Honeywell bellows valve from 1999, with improved performance at the same time.

The original Honeywell valve had the following specifications:

The result: 3-way valve with bellow seal and smart positioner

With the key data available on the valve, which was more than 20 years old, the new bellows valve could be specified exactly. A DN200 three-way control valve with a smart Logix 420 positioner and a height of more than 3 m was supplied. In addition, the stainless steel trim was stellited to increase stability and service life.

Specification of the bellows valve used

Linear electric actuators for the safe actuation of control valves

You have further questions about bellows valves? 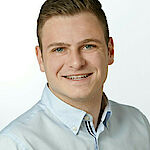 I’m your contact for projects and enquiries in the field of valve technology as well as measurement and control technology. Contact me for the correct dimensioning of control valves and actuators as well as for valve service concepts.